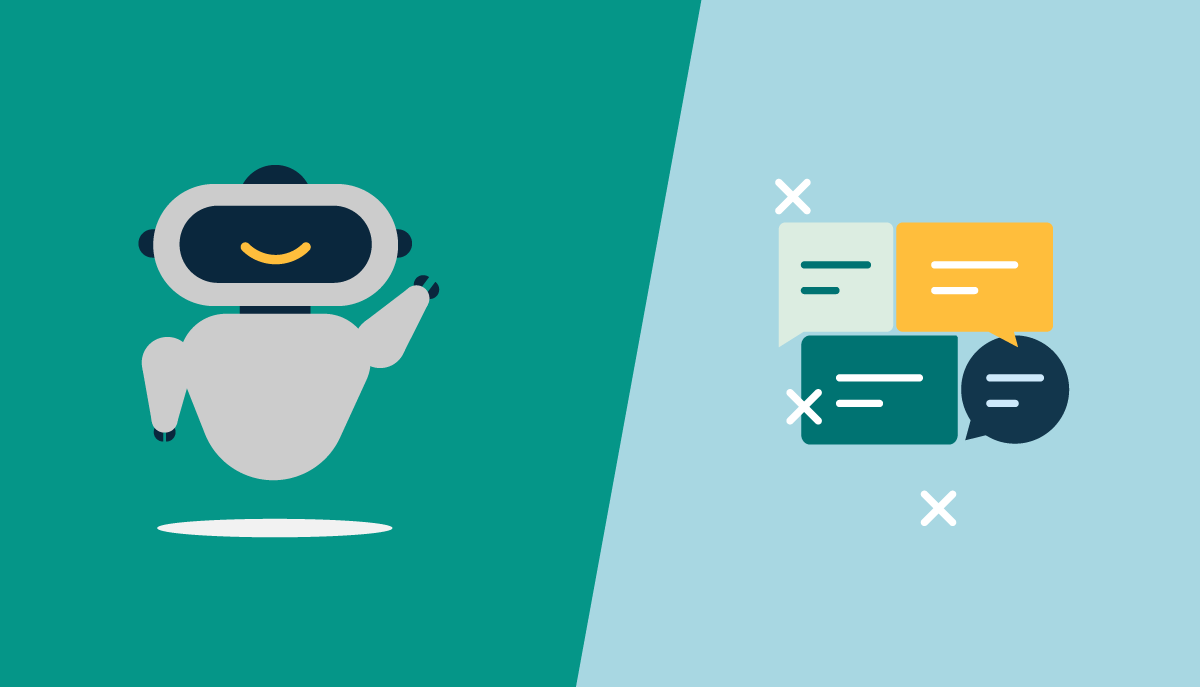 What’s the difference between a chatbot and conversational AI? This question causes a lot of confusion because both terms are often used interchangeably—and they shouldn’t be! In the following, we explain the two terms, and why it’s important for companies to understand the difference.

Is chatbot the same thing as conversational AI? If you are asking yourself that question, you are not alone! There is a lot of confusion around these two terms, and they are frequently used interchangeably—even though, in most cases, people are talking about two very different technologies. To add to the confusion, sometimes it can be valid to use the word “chatbot” and “conversational AI” for the same tool.

So, let’s be very clear: While there is some overlap, typically a chatbot and a conversational AI are VERY different! It’s like saying a self-driving Waymo car is the same as a golf cart. Sure, they are both electric vehicles, but other than that they don’t have too much in common. It’s very similar with chatbots and conversational AI.

In the following, we will therefore explain what the terms “chatbot” and “conversational AI” really mean, where the differences lie, and why it’s so important for companies to understand the distinction.

In this article we'll talk about:

What’s a bot, and what is a chatbot?

Bot is short for “robot”. The term originates from the Slavic word “robota”, which means
“servitude” or “forced labor”. Over time, the meaning of the word has shifted.
Nowadays, according to Merriam Webster, a robot is:

There are, in fact, many different types of bots, such as malware bots or construction robots that help workers with dangerous tasks—and then there are also chatbots.

A chatbot is a specific type of (ro)bot that can understand human language and respond to it. Chatbots are typically designed to converse with humans, either by text or voice. Even though chatbots are often called “bots”, it’s critical to keep in mind that while every chatbot is a (ro)bot, not every bot is necessarily a chatbot. And: not all chatbots are the same either!

What’s the difference between a chatbot and a conversational AI?

Your typical automated phone menu (for English, press one; for Spanish, press two) is basically a rule bot. So, instead of a regular conversation, the bot usually offers customers a choice of pre-defined answers, and then guides the user through a decision-tree menu, until the bot knows what the customer wants, and is able to re-direct them to a human agent.

While rule-based bots can certainly be helpful for answering basic questions or gathering initial information from a customer, they are also very limited. They are not able to interact with customers in a real conversational way. Also, if a customer doesn’t happen to use the right keywords, the bot won’t be able to help them. That’s where conversational AI comes in.

NLP enables the bot to better extrapolate a user’s intent from the words they are using, without having to follow rigid pre-defined keywords

As the foundation of NLP, Machine Learning is what helps the bot to better understand customers. Simply put, the bot assesses what went right or wrong in past conversations and can use that knowledge to improve its future interactions.

Conversational design, in turn, is employed to make the bot answer like a human, instead of using unnatural sounding phrases.

Together, these technologies ensure that chatbots are more helpful, can fulfil more complex tasks, and are able to engage customers in more natural conversations. So, while rule-based chatbots and conversational AI-based bots are both used for human-bot interaction, they are very different technologies and also provide a completely different customer experience.

Chatbot vs. Conversational AI: your customers will know the difference

Because conversational AI uses NLP, machine learning, and conversational design, it can provide a smoother, more fluid, and more natural dialogue between humans and bots than a rule-based chatbot. This has real consequences for you and your customers.

First, your customers won’t have to have an awkward conversation or press buttons, they can simply ask their questions—and get a helpful answer in seconds. Chatbots that use conversational AI can answer up to 70 percent of frequently asked questions successfully, all while providing a better customer experience. In fact, according to data from uberall, 80 percent of users consider (well-designed) chatbots to be helpful.

And conversational AI chatbots won’t only make your customers happier, they will also boost your business.

The smarter your chatbot is, the more it can help your customers. Instead of constantly having to transfer the customers to an agent because the rule-based bot didn’t understand the question, conversational AI bots can handle more incoming queries on their own.

For example, the Belgian insurance bank Belfius was handling thousands of insurance claims—daily! As Belfius wanted to be able to handle these claims more efficiently, and reduce the workload for their employees, they implemented a conversational AI bot from With this bot, Belfius was able to manage more than 2,000 claims per month, the equivalent of five full-time agents taking in requests. 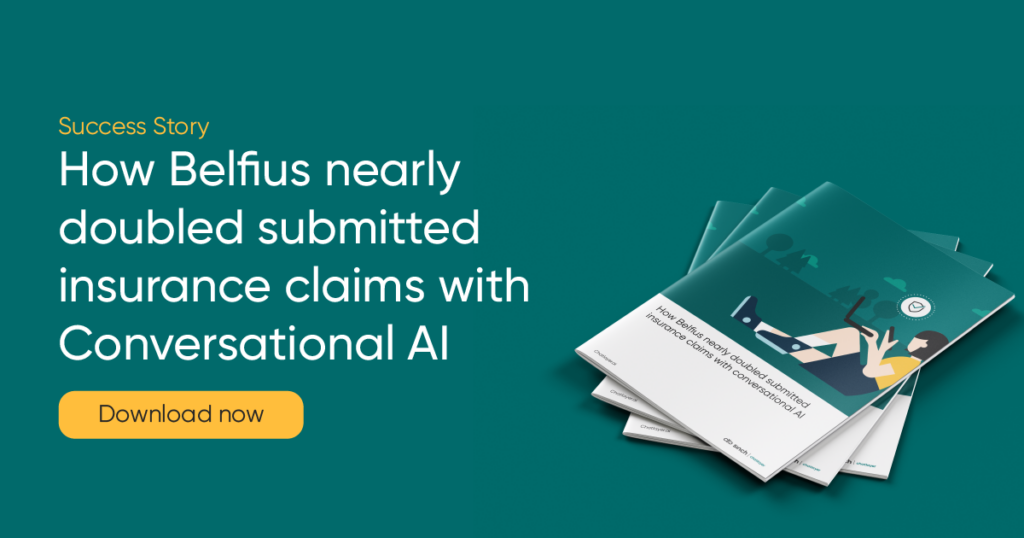 Aside from answering questions, conversational AI bots also have the capabilities to smoothly guide customers through digital processes, like checking an invoice or paying online.

The Brazilian food delivery giant, iFood for example, used a conversational AI bot from Chatlayer by Sinch to guide new delivery drivers through their online onboarding. The result: the new drivers gave the automated onboarding a satisfaction score of 91 percent. 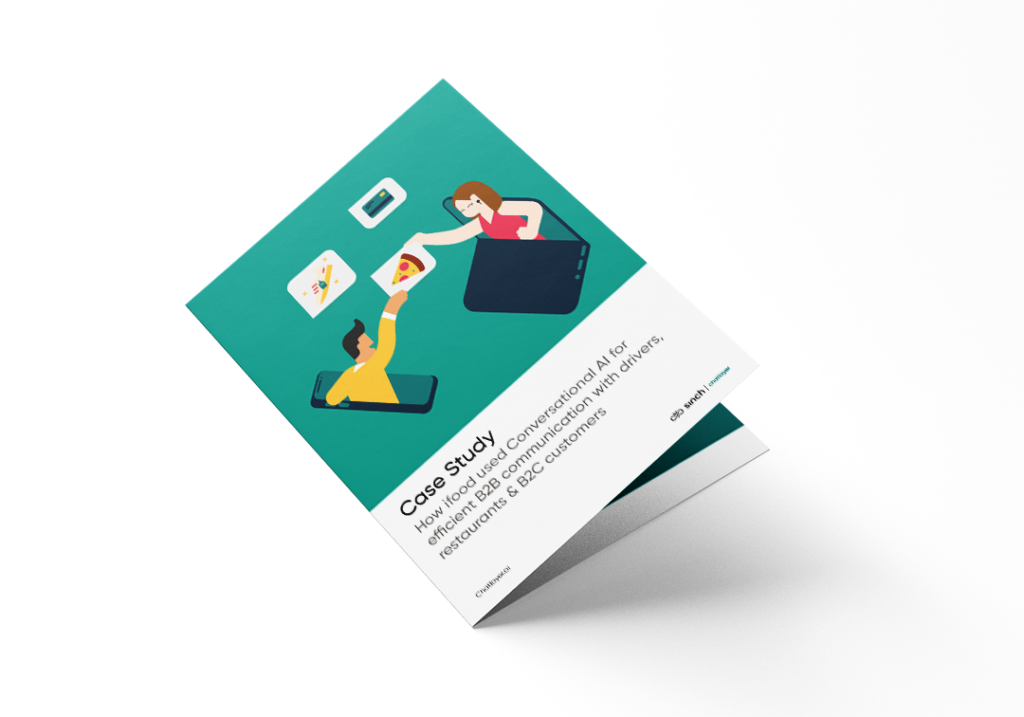 Find out how iFood used Conversational AI to boost their B2B communication!

Because they can take over more inquiries and help customers better, conversational AI chatbots also can cut costs and drive conversions.

With the help of Chatlayer’s conversational AI bot, Bizbike, Belgium’s biggest e-bike provider was able to save more than 40 hours per month and increase their net performer score with customers from 54 to 56, a big improvement in customer satisfaction! 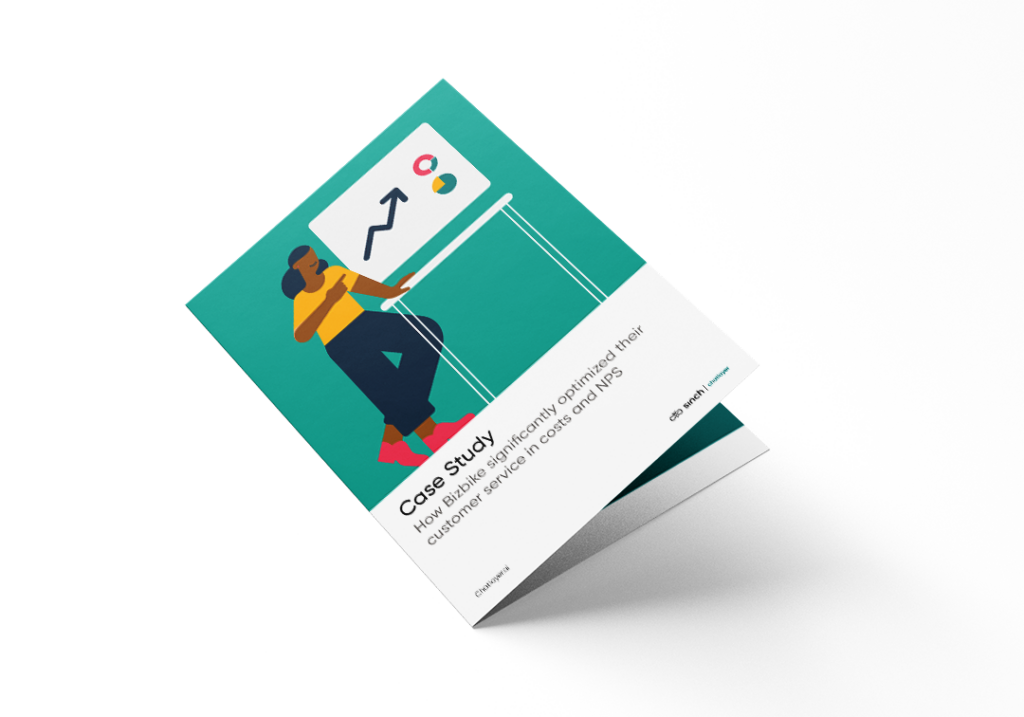 Is it much more complicated to implement a conversational AI bot than a rule-based chatbot? No!

The conversational AI chatbot from Chatlayer by Sinch is very intuitive to set up, and with pre-designed templates for different industries, your first conversational AI bot can be ready to go in minutes—no coding skills or IT expertise needed!

Get started on your first conversational AI chatbot now! 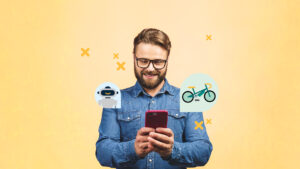 Chatbot Trends: How European E-Bike Providers Use Chatbots to Grow Their Business

While the e-bike market is booming in Europe; providers are struggling to keep up with the increased 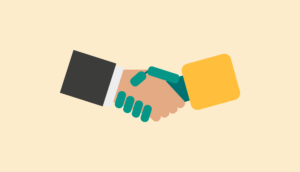 Will chatbots replace humans? No, but they’ll need to know how to work together!

AI-powered virtual assistants can answer up to 80 percent of FAQs successfully, cut customer service costs by 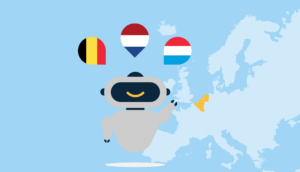 In diverse linguistic settings, such as the Benelux region, companies can greatly benefit from multilingual chatbots. Here’s 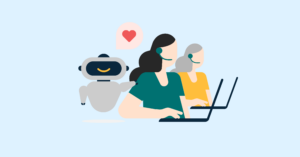 AI Chatbots in Customer Service: Everything You Need to Know

AI chatbots in customer service can significantly help grow your business. Data shows that companies that use

Marinela Potor
Hi everyone, I am Marinela, editor-in-chief for Chatlayer by Sinch and MessengerPeople by Sinch. As an online editor and radio journalist, I have been exploring the wonderful world of science and technology for over 10 years. I love traveling, podcasts and good coffee.
View All Posts